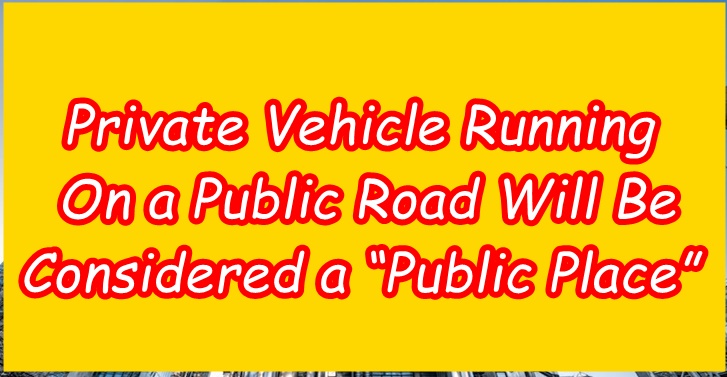 A private vehicle running on a public road in Bihar will be considered a âpublic placeâ under the Bihar Excise (Amendment) Act 2016, which prohibits manufacturing, possession, purchase, sale & the consumption of alcohol in the state, the Supreme Court clarified Monday.

The top court also said a person drinking in such a vehicle or being found in an inebriated state will be considered an offence in Bihar.

Delivering a verdict on an appeal by a man who was jailed after he was found drunk in a private car, a bench of Justice Ashok Bhushan & Justice KM Joseph said, âWe have noticed that definition of âplaceâ as contained in Bihar Excise Act, 1915, Section 2(17) [predecessor of the existing act] is the inclusive definition which specifically includes âvehicleâ. When the word âplaceâ includes vehicle the words âpublic placeâ has to be interpreted in the same light.â

The man was arrested in Nawada in 2016 while travelling from neighbouring Jharkhand to Bihar after being found drunk.

In the apex court, the petitioner contended that he was not drinking & no alcohol bottle was found at the time of his arrest. He said the FIR against him needs to be quashed as he was travelling in a private vehicle. âIt is true that public may not have access to a private vehicle as a matter of right but definitely public have opportunity to approach the private vehicle while it is on the public roadâ¦,â the court said.