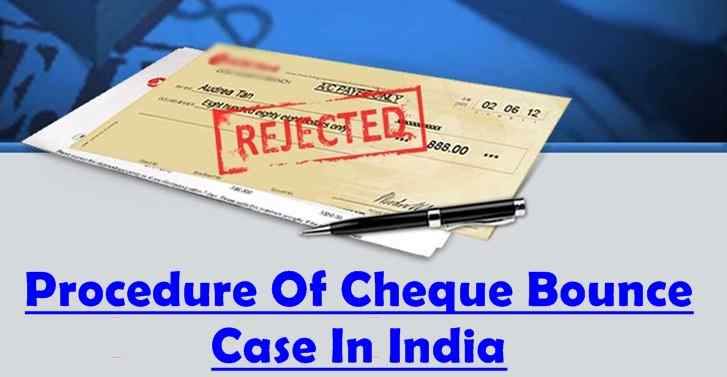 If the cheque presented before the bank is bounced for insufficient funds or some other reasons, the demand notice to be sent for payment within 30 days from the date of cheque bounce. If the other party failed to comply with the notice (usually in 15 days) then a complaint under section 138 of negotiable Instrument should be filed in the concerned magistrate court within the jurisdiction.

The timeline of the cheque bounce case trial usually takes an average of 12 to 18 months to complete the proceedings before the trial court. However, in the case of Fast Track Court proceedings the trial may complete earlier than 18 months.

Filing of complaints u/s 138 with M.M./A.M.M.
The complaint should be filed before the Trial Court with supporting documents such as Returned Cheque whit bank slip, Legal Notice with Acknowledgment for the receipt or delivery, Reply notice and proof for liability such as invoices, promissory note and etc., If the courts find prima-facie a case is made out, then the complainant will be called to make sworn statement before the court.

The complainant or his authorized agent should appear in the witness box and provide relevant details for filing the case. If the court is satisfied and finds substance in the complainant, then the summon will be issued to the accused to appear before the Court.

3) The appearance of Accused:

The Complainant and the accused or these counsels shall submit their arguments before the Court.Â  During the argument the counsel may submit the precedents of High courts and Supreme Court in support of their case. Usually, a written argument containing a gist of the oral argument is also submitted before the court.