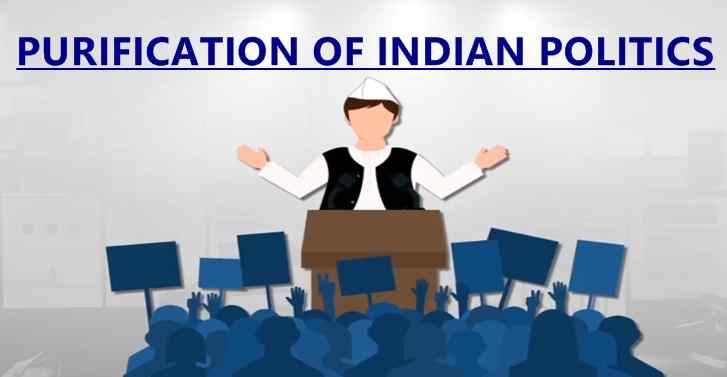 âThe virus and politicians are a perfect match.

âaccording to the association for the democratic reform (ADR) , close to 43% winners of the 2019 Lok Sabha polls have criminal cases against them.

âIn Indian politics, it has become like giving a tickets to criminals by political party like giving a weapons in the hand of terrorists, you can say that criminalization of the politics or politicization of crime.

âThe presence of the criminal in Indian politics cannot be conceived of India's future.

âThe criminalization of the Indian politics is more dangerous than terrorism.

âToday's Indian politics has become fundamentally inferior, all areas have been affected by such politics. And the rise of the sedition in the centres of education and lack of direction of the younger generation of concern for the country.

âIndian politics was left was only to be influence of the criminal and money, the arrival of the Indian political change and revolution has become very important.

âPolitical shut up by hate mindset.

Â  Â Disgusting mentality has taken rootÂ  in the freedom struggle, those who did not make any big sacrifices, who did not give any direction to the movement from their personality, emerged as Pioneers of Indian politics after independence; those who have sacrificed themselves for the country, neither their statue nor their discussion in the country nor respect to the dependent families of those sacrifices.Â

âHave not the major freedom fighters been strongly ignored in this country, the valiant sons of Bharat Mata, in whose heart India resided and endured many hardship to protect the freedom and integrity of all Indians and the land of India and embraced laughter to protect to the motherland.

âNot honouring such a brave person at the right time is not an insult to those heroes.