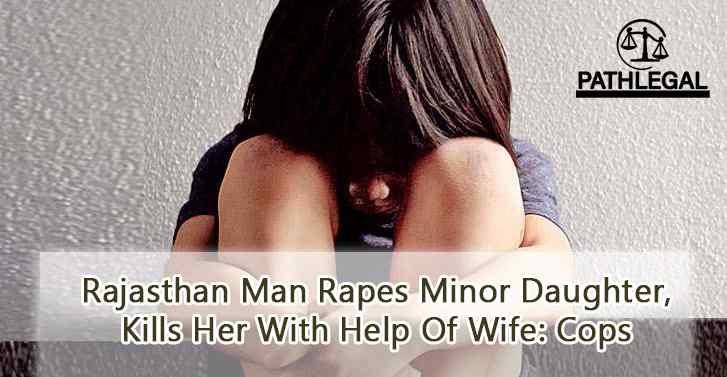 A 16-year-old girl was allegedly raped by her father in Rajasthanâs Alwar and on finding out about her pregnancy, the accused killed her with the help of his wife, police said on Monday.

The accused, a resident of Neemrana town in Alwar, has been arrested.

The matter came to light when the elder sister and brother-in-law of the minor secretly informed the Rajasthan State Commission for Protection of Child Rights (RSCPCR).

Amandeep Kapoor, superintendent of police(SP), Bhiwadi, said that the girl was killed on May 10. âThe accused allegedly came to know that the girl has got pregnant after which he, along with his wife, strangulated her to death on May 10 and the next day performed her funeral so that nobody doubted them. But the sister and the brother-in-law of the deceased informed the RSCPCR through a letterâ said Kapoor.

The RSCPCR sought a factual report of the incident after which police investigated the matter. âWe are yet to find out whether she was pregnant or not? We have collected samples from the crematorium and have sent it to forensics for examination. The couple has been arrested and has been sent to judicial custody,â added Kapoor.