Rights Of Indian Women Before And After Divorce 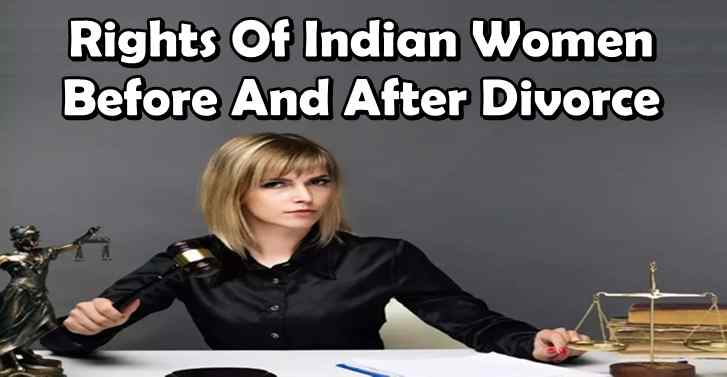 Rights Of A Wife After Or Before Divorce In India.

Certainly, Marriage is an without end bond between a man and woman, but when both of them decide to part their ways, a lot is divided, including the assets they own.

The main aim is to provide financial independence to the divorced women so as to facilitate convenience. Section 125 of Criminal Procedure Court provides remedy to those who are neglected and seek maintenance. Section 125(4) of the Code of Criminal Procedure states that if both husband and wife are living separately with mutual consent, the wife cannot claim allowance from maintenance but a divorce decree by mutual consent to live separately cannot deprive her right to claim maintenance.

The amount of maintenance fixed by the court depends upon the monthly income of the husband, the income of the wife, his financial status, among other things.

A married woman has to be provided with shelter and maintenance by husband after the divorce. If she is a member of a joint family then she will be entitled to equal share of the husband, jointly with his mother and her children(after his death).