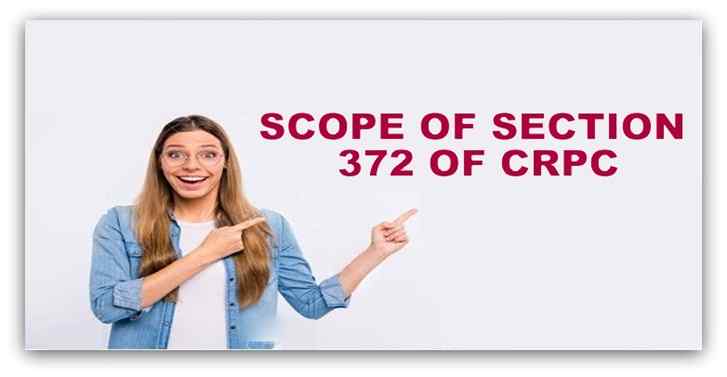 The Delhi High CourtÂ HONâBLE MR JUSTICE VIBHU BAKHRUwas delivered the judgment.Â  The fact of the case has clarified the position of law on the right of the victim to file an appeal under section 372 of the Criminal Procedure Code. The court has held that the said provision doesn't allow the victim to file an appeal for enhancement of sentence imposed on the convicted person. Justice Vibhu Bakhru went on to note that victim can invoke her right under proviso to section 372 of CrPC only in there circumstances: Acquittal of the accused, Convicting of the accused for a lesser offence, Imposition of inadequate compensation, In the present case, the Respondent victim had moved a complaint against the Petitioner accused of hitting her with an iron rod and hurling abuses at her.

In ASHOK MALHOTRA versus STATE (GOVT OF NCT DELHI) &ANRdefense counsel referred with the case Mallikarjun Kodagali v. State of Karnataka & Ors.had emphasized the rationale for providing the victim a right to appeal. He submitted that given such right, the victim would also have a right to challenge the inadequacy of sentence awarded. He further submitted that dehors the provisions of Section 372 of the CrPC, a victim would always have the right to challenge an order passed by the Trial Court imposing an inadequate sentence convicting the accused. He stated that in the present case, simply because the State had not filed an appeal, the victim could not be rendered remediless. The counsel for the Petitioner accused, on the other hand, argued that proviso to Section 372 of the CrPC does not entitle the victim to file an appeal on account of the inadequacy of sentence. Read moreÂ legal judgmentÂ in Indiaâ¦.