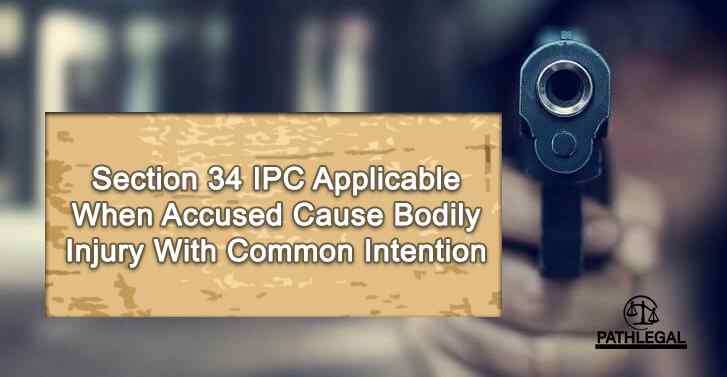 The Supreme Court bench consisting of Justice Ajay Rastogi and Justice A.M. Khanwilkar observed that the accused person had common intention while causing bodily injury to deceased and so Section 34 of Indian Penal Code is applicable. The court cancelled the bail of accused appellants and sentenced them to life imprisonment while upholding the judgment of Kerala High Court.

Joint appeal by accused no 1, 2 and 3 was filed before the High Court of Kerala where the Court convicted the three accused to rigorous life imprisonment for offences under Section 302 read with Section 34 IPC.

Since accused no.2 passed away , an appeal was filed by the other two accused appellants before the top Court where the Court opined :