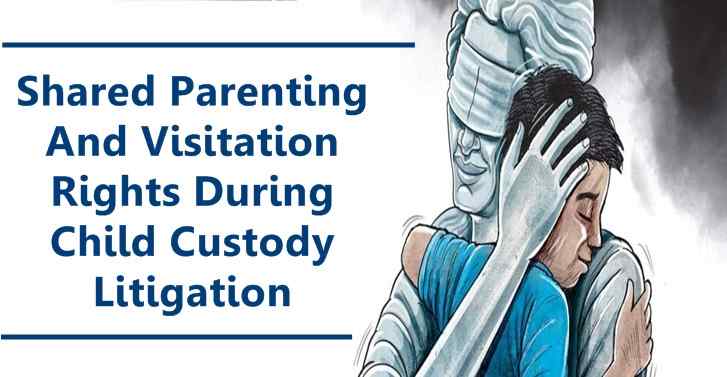 Family is a fundamental unit of any society or nation and is particularly important to ensure the well being and all round development of its children.Â  A family consists of not just the mother and father (along with their respective parents & siblings in some cases) but also of their value systems, their beliefs , their aspirations and their struggles, and as a link to a childâs past and a bridge to their future. However, another reality in Pakistan today is that just as joint families have given way to nuclear families, marriages are no longer a bond of a lifetime, rather they are a meeting of two souls (& sometimes families) to âexploreâ the possibility of being a partner in each otherâs journey. The recent trend in our society is seeing a paradigm change in matrimonial relationships, with an increasing number of divorce cases, particularly since the last two decades, while more and more middle and lower-middle class couples have been approaching family courts for divorce, resulting in the rise of bitter child custody battles. The innocent child/ children are often being used as a tool to seek vengeance by vindictive litigants who feel no hesitation in inflicting severe emotional and psychological abuse on the child, thereby seriously affecting the child in his/ her development in the later part of life. Among many implications that a divorce has on the individual, family and society at large, the children of divorced couples are the ones who bear the brunt of the entire process. It is a common practice among couples to use kids as pawns in this game of emotional chess and it amounts to absolutely irresponsible parenting to scar children emotionally post separation. In due course the parents move on with their lives and onto other partners but the children carry the trauma of being manipulated and torn apart emotionally, throughout their lives. In my legal experience I have seen a large number of these kids suffering from personality disorders, substance abuse, criminal conduct and anti social traits etc.

It is pertinent to note that the flawed guardian court system is being manipulatedÂ to take revenge from the non-custodial parent (which is usually the father) by not letting him meet his children. It is extremely easy to delay proceedings simply by filing frivolous applications/appeals and assailing the orders to higher courts. Using similar delaying tactics, thousands of children are kept from meeting their non-custodial parent for months and in some cases, years. The guardian courts are unwilling to acknowledge the simple fact that the nature of a child custody case is entirely different from routine civil cases. Child custody litigation is a true representative of judicial litigation where âjustice delayed is justice deniedâ. The mind of a child is like a perishable commodity. With the passage of time it is easy to change the innocent mind. Within months, due to a lack of interaction with the non-custodial parent and constant brain-washing by the custodial parent and his/her family, the children start losing memory of, and in many cases, start disliking, the non-custodial parent who was once extremely dear and loved. This phenomenon has been named by psychiatrists as the Parental Alienation Syndrome or âPASâ.

Despite the fact that the Holy Quran ordains, thatÂ âNo mother should be harmed through her child, and no father through his childâ.Â On the contrary, regretfully stated that 99% of non-custodial fathers and mothers feel chastened when they cannot meet their own child sufficiently, while they are unjustifiably madeÂ  to âearnâ every minuteâs meeting with the child by spending money, energy and time, in shape of heavy legal expenses, various applications and surety bonds. That God Almighty in all His Wisdom has not only directed us through Surah Al Baqraâs verse 233Â âNo person is charged with more than his capacityâÂ not to overburden anyone but also directed on several occasions to discuss and then decide by consensus (Ijtihaad) what may be considered a âjustâ division of time, responsibilities and powers between two contesting sides. Any judicial order assigning more than 99% responsibility to any one parent means setting aside directions by Allah, especially when the other is begging the judge to let him/her be an equal parent, is âgrantedâ but not âensuredâ a mere 1% contact with the child. No parent can be practically expected to perform all duties of both sexes for a child.

The provisions dealing with interim custody of the minor is regulated underÂ Section 12Â of theÂ Guardian & Wards Act, 1890,Â which is absolutely silent regarding the quantum of visitation or venue of visitation. The basic paramount consideration to decide a reasonable schedule is the âWELFARE OF THE MINORâ. However, evenÂ after waiting for months for the first face-to-face meeting with his/her own children, the non-custodial parent gets an extremely limited visitation schedule to meet the children. Such Order must be passed keeping in view of the welfare of the minor underÂ Section 12Â of theÂ Guardian & Wards Act 1890Â and should not become the Order passed underÂ section 25Â of the Act, determining the rights of the parties with regard to the custody of the minor â the difference between the two provisions must be kept in view. Reliance is placed uponÂ 2014 CLC 330 Islamabad.

EvenÂ the aforementioned visitation schedule of TWO HOURS can be conveniently avoided by a custodial parent simply by presenting a fake medical certificate showing they are unable to make it. In such cases the non-custodial parent is left with no choice but to wait for the next scheduled meeting. The guardian courts are generally very casual towards such excuses furnished by custodial parents.

It has been observed that keeping the minors away from the non-custodial parents further aggravates the already adverse relationship between custodial and non-custodial parents. Most separated/ divorced couples after many years of litigation forget the actual reasons for separation and just fight over the visitation rights of children. Had the court not supported the element of revenge through children, matters could have cooled down between the parties with the passage of time.

It is pertinent to state here with respect that the Guardian Courts are required to act as a bridge between the estranged parents and the grieved children, but in reality the lax procedure acts as a barrier in the reunion or in mutual cooperation between the estranged spouses. For the betterment of a broken family, a child must be allowed to spend reasonable time with both the separated parents throughout the year. It is further submitted here with respect that by restricting access of a non-custodial parent to merely 2 hours once or twice in a month is an attempt to deny access between the minor and his parent, hence the same does not serve the very purpose of the welfare of the minor. A father could not be considered an alien enemyÂ quaÂ children. A child would need love, affection, care and attention of the mother as well as the love, affection, company and the guiding hand of a father. Depriving a father of his right to meet his children for a reasonable time would lead to emotional deprivation on both sides. Any amount of acrimony between ex-spouses should not be allowed to stand in the way of the welfare of the minor. The father and minor should also have access to each other and spend time in each otherâs company during the minorâs vacation period. Reliance is placed uponÂ 2013 MLD 1631 Lahore.

A reasonable and appropriate interim visitation schedule or shared parenting is an extension of theÂ UN Convention on the Rights of Child, 1989 (UNCRC)Â t.Â Article 5Â of theÂ UNCRCÂ states, âstate parties shall respect the responsibilities, rights and duties of parentsâ acknowledging the primacy of both parents in the life of the children.

Keeping in view of the therapeutic nature of parental jurisprudence of the child custody litigation, it is peculiar to define the very term welfare of the minor in terms of the objectives to be achieved:

It is the need of the hour to develop and design a comprehensive visitation plan based on the undeniable logic that the ward/ minor is entitled to the continuation of all the healthy activities he/she enjoyed with the non-custodial parent before separation, and must be ensured every opportunity to spend regular unfettered time with the non-custodial parent and his/her side of the family in their home. This way, none of the three parties will feel cheated out of their fair share from each other and as a result, the tendency to develop custody litigation into a criminal proceeding will be checked for good, paving way for the true welfare of the minor.

As per my humble understanding, the only answer to this excruciating problem is introduction of a balanced, just, reasonable and appropriate interim visitation schedule in line with human nature and the teachings of the Quran.

You can visit the author at his facebook page as well