Some Did Not Want Temple Ruling In My Tenure: Ranjan Gogoi 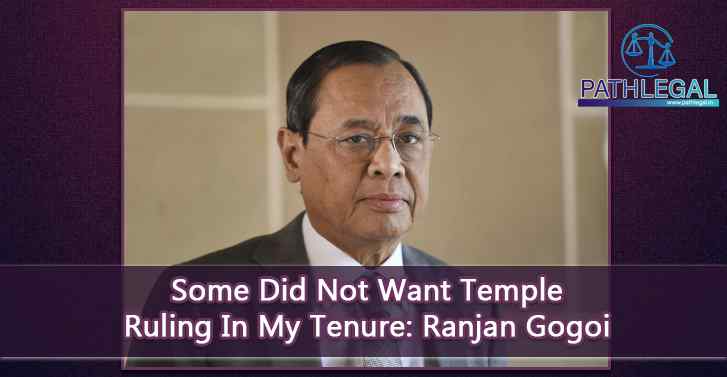 Former Chief Justice of India Ranjan Gogoi on Wednesday dismissed criticism over the Ayodhya judgment for not revealing who wrote it, insisting that this issue was being raised by those who did not want a judgement to be delivered on the case during his tenure.

âWhy does a judgement need a disclosed author? It is signed by five judges. The five judges are the authors. Can you not imagine a system where the five have agreed on a conclusion, where they do not want to take credit,â Gogoi, who is now a Rajya Sabha member, said at a webinar conducted by a legal website. âIs it not self-sacrifice? This question, I am sorry to say, is proposed by critics who wanted five judges to write judgements so that the Ayodhya judgement did not come out before my retirement,â the former CJIÂ Â said.

There were many judgements, both during his tenure and that of other CJIs, where there was no mention of the author, but no questions were raised on those, he said. âIt is jurisprudentially and logically acceptable,â he added.