Student Who Accused Chinmayanand Of Rape Turns Hostile In Court 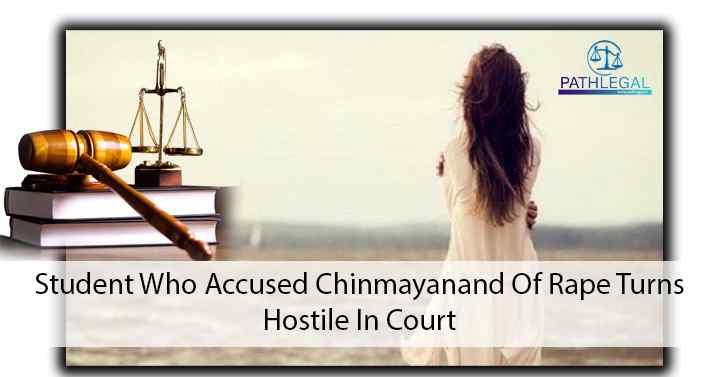 A 23-year-old law student, who had last year accused Chinmayanand of rape, turned hostile at a hearing in a special court in Lucknow on Tuesday. Chinmayanand, 72, was arrested last year in the rape case, and he was granted bail in February.

As she appeared before the judge of the special court - set up on the directions of the Allahabad High Court - the student refused to accept any of the allegations that she had made earlier. After she turned hostile, the prosecution made an appeal to file a case under Section 340 of CrPc (false claim and false prosecution in a case) against the student.

The law student - enrolled in one of Chinmayanand's educational institutions at Uttar Pradesh's Shahjahanpur - had accused him of sexually exploiting her for over a year.

The complainant has been asked to reply to the prosecution's appeal. The next hearing in the case will be held on Wednesday.

The law student had filed an FIR (First Information Report) against Chinmayanand last year on September 5, nearly a week after her father had alleged that she had gone missing; the family had accused Chinmayanand of harassment. The ex-union minister was arrested on September 20, 2019.

A SIT (special investigation team) was also set up by the state government in the case. On November 6, the SIT had filed a chargesheet in the rape case and also the extortion case against the student and three others.

In December, the Allahabad High Court had granted bail to the law student in the extortion case.

Earlier this year, Chinmayanand was granted bail by the high court that suggested a "quid pro quo" between the accused politician and the young woman and that they used each other.

In the February order, Justice Rahul Chaturvedi of the high court had expressed astonishment that a "girl whose virginity is at stake" did not tell her parents or any judicial body about the sexual exploitation she was subjected to at the hands of the former politician.

In March, the Supreme Court refused to cancel the bail grantedÂ to him, stressing that there is "no need to interfere" with the Allahabad High Court order.