Supreme Court On Power Of High Court In Quashing FIR In one of the leading case taken up by Supreme Court bench that constitutes former Chief Justice Dipak Misra had provided certain circumstances in which the high court can quash Fir under CrPC. According to section 482 of CrPC nothing limits the power of High Court to give an order in preventing the abuse of process of any court. After observing the case of Parbatbhai Aahir @ Parbatbhai vs. The State Of Gujarat, Supreme court formulated the following directions in quashing FIR by the High Court.

(i)Â Section 482Â preserves the inherent powers of the High Court to prevent an abuse of the process of any court or to secure the ends of justice. The provision does not confer new powers. It only recognises and preserves powers which inhere in the High Court;

(ii) The invocation of the jurisdiction of the High Court to quash a First Information Report or a criminal proceeding on the ground that a settlement has been arrived at between the offender and the victim is not the same as the invocation of jurisdiction for the purpose of compounding an offence. While compounding an offence, the power of the court is governed by the provisions ofÂ Section 320Â of the Code of Criminal Procedure, 1973. The power to quash underÂ Section 482Â is attracted even if the offence is non-compoundable.

(iii) In forming an opinion whether a criminal proceeding or complaint should be quashed in exercise of its jurisdiction underÂ Section 482, the High Court must evaluate whether the ends of justice would justify the exercise of the inherent power;

(iv) While the inherent power of the High Court has a wide ambit and plenitude it has to be exercised; (i) to secure the ends of justice or (ii) to prevent an abuse of the process of any court;

(v) The decision as to whether a complaint or First Information Report should be quashed on the ground that the offender and victim have settled the dispute, revolves ultimately on the facts and circumstances of each case and no exhaustive elaboration of principles can be formulated; 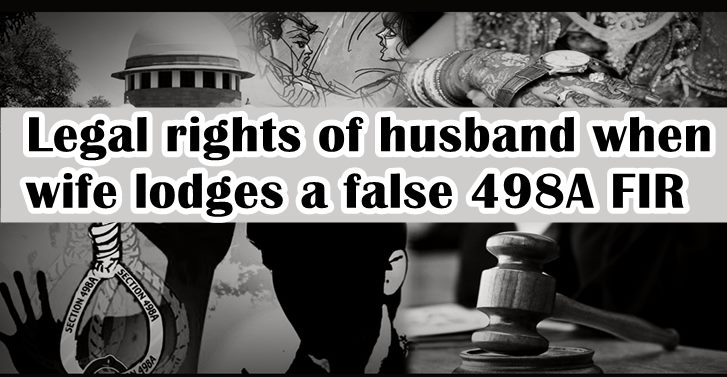 LEGAL RIGHTS OF HUSBAND WHEN WIFE LODGE A FALSE 498A FIR 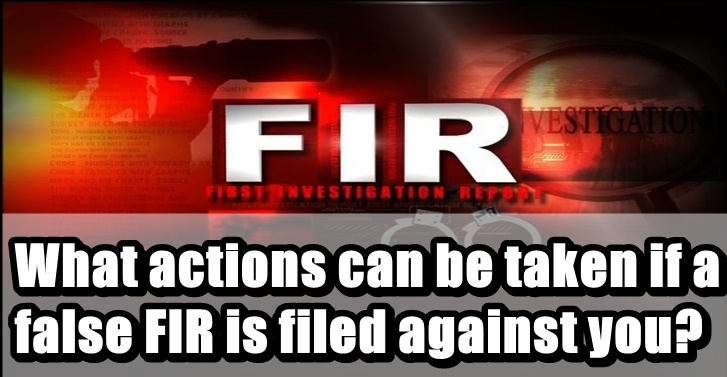 HOW CAN I KNOW THAT FIR IS LODGED AGAINST ME?


(vi) In the exercise of the power underÂ Section 482Â and while dealing with a plea that the dispute has been settled, the High Court must have due regard to the nature and gravity of the offence. Heinous and serious offences involving mental depravity or offences such as murder, rape and dacoity cannot appropriately be quashed though the victim or the family of the victim have settled the dispute. Such offences are, truly speaking, not private in nature but have a serious impact upon society. The decision to continue with the trial in such cases is founded on the overriding element of public interest in punishing persons for serious offences;

(vii) As distinguished from serious offences, there may be criminal cases which have an overwhelming or predominant element of a civil dispute. They stand on a distinct footing in so far as the exercise of the inherent power to quash is concerned;

(viii) Criminal cases involving offences which arise from commercial, financial, mercantile, partnership or similar transactions with an essentially civil flavour may in appropriate situations fall for quashing where parties have settled the dispute;

(ix) In such a case, the High Court may quash the criminal proceeding if in view of the compromise between the disputants, the possibility of aÂ conviction is remote and the continuation of a criminal proceeding would cause oppression and prejudice; and

(ix) above. Economic offences involving the financial and economic well-being of the state have implications which lie beyond the domain of a mere dispute between private disputants. The High Court would be justified in declining to quash where the offender is involved in an activity akin to a financial or economic fraud or misdemeanour. The consequences of the act complained of upon the financial or economic system will weigh in the balance.

You can seek the help of lawyers in India for more details.

Click on the image to read more about NO FIR AGAINST ADVOCATES AND DOCTORS:SUPREME COURT