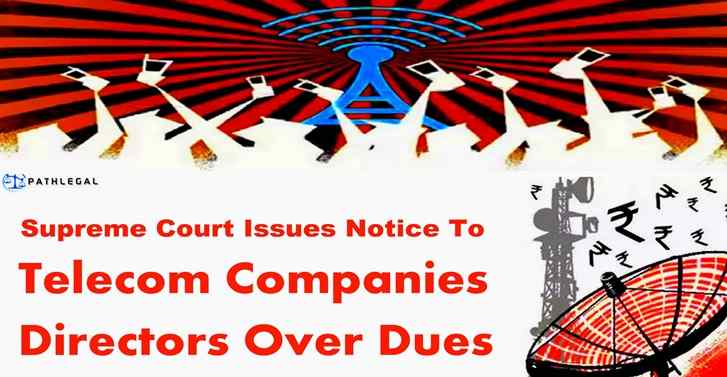 The Supreme Court on Friday issued notice to telecom companiesÂ and their directors directing them to explain why contempt proceedings shouldn't be initiated against them for not complying with its order to pay adjusted gross revenue (AGR) of Rs 1.47 lakh crore to the department of telecommunications (DoT). The court asked the operators to deposit the amount by March 17.

The top court also told the Centre to immediately withdraw an order passed by its desk officer for not taking coercive action against telecom companies.

It noted that the concerned officer will be sent to jail if the order is not withdrawn.

On non-compliance of its AGR order, the court further stated, "We don't know who is creating this nonsense, is there no law left in country ... It is better not to live in this country and rather leave the country. Our conscience has been shaken by the way things are happening in the country."

The court further said, "We have dismissed review plea in AGR case but still not a single penny deposited."

Telecom operators including Bharti Airtel, Vodafone Idea and Tata Teleservices had approached the SC in January, seeking modification in the top court's verdict in the AGR matter.

The court has already rejected the plea seeking a review of its earlier order.

Voda Idea owes over Rs 50,000 crore to DoT, while Bharti Airtel has to pay over Rs 35,500 crore. Tata Teleservices, which sold its mobile services business to Airtel, has dues of nearly Rs 14,000 crore.

Reliance Jio is the only company which has paid its dues of Rs 60. The amount was significantly lower than others as the company started its operations in 2016.

Shares of Voda Idea fell over 12 percent after the development in an overall domestic market which is trading flat.