The Virtual Courtrooms in India 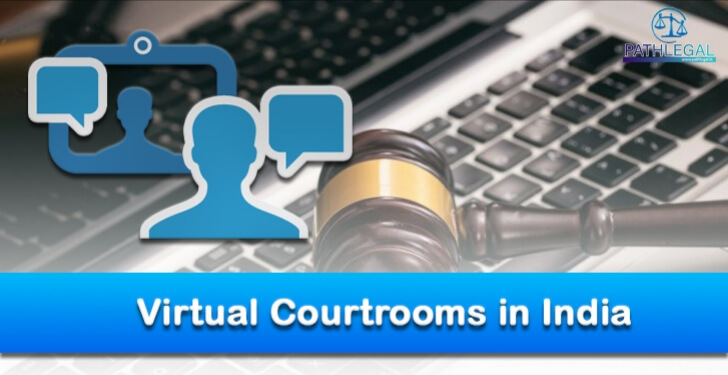 Who would have thought that 2020 would create so many changes for us Advocates?

In the Courts, in Advocatesâ offices, in the willingness of clients to âgo virtualâ, in the clients now wanting to cut fees because âyouâre working from your home.â

Certainly 2020 has been a great shock to Indiaâs legal professionals at all levels of professing the Law. The Law and the Practice of Law have tradition as a foundation, necessarily so in these confusing and changing times. Yet 2020 has been the most untraditional year of my practice of law.

Changes like the introduction of computers, internet, software apps and virtual messaging have all been introduced into the courtroom and are equally used by Advocate and Judge. Yet the rate of change was gradual until this year, 2020.

It is the rapid spread of Covid-19 since March, 2020 that has made us to learn to and accept the maintaining of social distancing. Masks and gloves have become mandatory in our lives. We have accepted the new scenario of working from home.

The COVID19 pandemic has forced the Courts unexpectedly to transition to remote operations so that cases could proceed without any delay as Advocates and Judges could not set their foot inside the Court House because of Quarantine rules and regulations. At this time, it was recognized that if courts were to shut-down completely, the judiciary system would be unavailable when needed most.

Since Advocates are not allowed into the courts they also started to work from home using Skype, google meet, even Zoom. Some want Court hearings to be continued through the virtual way while others think it is better to have open Court hearings. The Supreme Court had passed directions that all High Courts shall function with video conferencing technologies.

One pro-and-con outcome is that Advocate fees have been cut down when hearings and appearances are virtual, since the Advocate doesnât have to travel. Therefore, the client demands a lesser fee, even if the work is essentially or even more the same as in an Open Court hearing.

Other disadvantages of virtual hearings is that there are a lot of pending cases in each Court. Virtual hearings can never be as productive as an Open Court hearing.Â

During the month of May, 2020, the Supreme Court had directed that Advocates donât have to wear the customary long black gown due to the chance of being infected by the COVID19 virus during this pandemic.

Yet one Advocate took advantage of that decision and was wearing a vest at the time of virtual hearing. This is clearly inappropriate.

With video conferencing, there may be a lot more meetings on line than possible in person. The practical consequence is that some Advocates are not even getting the time to take a break as they have to sit for several hearings a day.

Further, since all the parties are âat homeâ, the video conferencing may allow the home to intrude into the hearing. It is common to hear of situations where the Judge was disturbed as there will be disturbance from the family members or someone else.

My conclusion is that the virtual courtrooms are safe but cannot be considered as the best method to do hearings. The Courts need to be open for the benefits of Judges, Advocates and clients. Lawyers in India can provide further details.