The concurrence of Both the Parents is necessary: Bombay HC 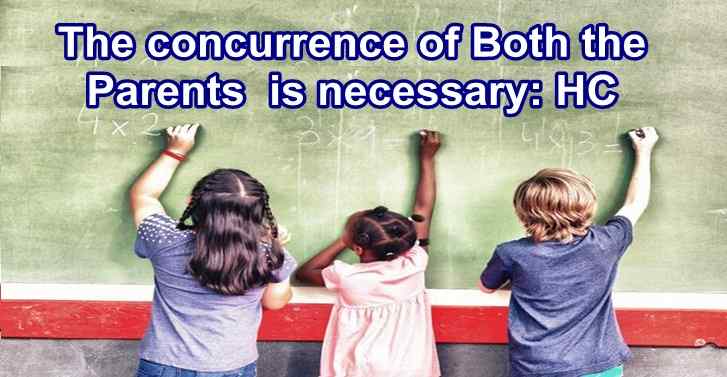 In a recent judgement of Bombay High Court Division, the bench of Justice Akil Kureshi and Justice SJ Kathawalla held that

Â âwhen a ward is being sent for higher education abroad at a relatively young age, which entails considerable expenditure, the concurrence of both the parents, particularly one who is expected to bear the expenditure thereof, would be necessaryâ. The respondent-husband was asked to pay a sum of Rs.25 Lakhs towards the education of the wards.

The appellant Sheetal and respondent Deepak had several matrimonial disputes which lead them to dissolve the marriage by the family court by mutual consent under Section 13-B of the Hindu Marriage Act, 1955. However, the wife being aggrieved by the dismissal of her claim for maintenance, lump sum alimony, residence and litigation expenses; insufficient maintenance with regard to her daughters â Shloka and Shrishti and her claim for reinstatement of her associate membership in Khar Gymkhana, has fled the present family court appeal.

In the civil case Sheetal had She has prayed for granting interim maintenance to herself @ Rs.50,000/- per month; a further sum of Rs.55,000/- per month towards rent for herself and two daughters. She has also prayed for the reimbursement of a sum of Rs.1.20 crores to be made by the respondent-husband which she has spent for the higher education of her child in Australia Yet another prayer for payment of a sum equivalent to 2100 Australian dollars per month for educational expenses for the elder daughter for the remaining period. She has also prayed for providing maintenance @ Rs.1,00,000/- per month to the younger daughter. She has claimed the litigation cost of Rs.2,00,000/. This is one of the topmost legal judgments in India.

Hearing both the sides and taking into consideration of the current stage of the respondent Having said this, looking to the resources of the husband and also looking to the fact that the daughter is performing well in her higher education at Australia and the fact that the mother has already undertaken and will continue to undertake expenditure for such education, we direct the respondent-husband to pay a sum of Rs.25 Lakhs towards the said cause. This amount shall be paid over to the wife within four weeks from the day of judgment.Â  Â