This High Court Will Open With Restrictions From June 8, Hearing In Open Court 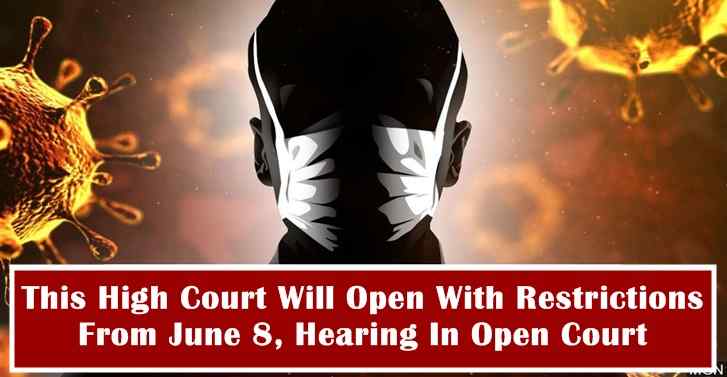 As the country eases the nationwide lockdown, Allahabad High Court is set to resume its functioning from June 8. This decision comes after theÂ Union Ministry of Home Affairs (MHA) issued a new set of guidelines for phased re-opening of activities outside containment zones. Earlier, the Allahabad Court had suspended its functioning in March after the PM Modi had announced the nationwide lockdown announcement.Â

Meanwhile, on May 27, the Bar Council of India had written toÂ Chief Justice of India (CJI) Sharad AÂ Bobde, requesting to resume physical court hearings from June 1. The BCI had stated that only a handful ofÂ the privileged advocates were able to reap the benefits of the virtual court system.Â

In phase one, religious places and all places of worship for public, Hotels, restaurants, and hospitality services and all shopping malls will be permitted to re-open from June 8 onwards. The Ministry of Health shall also issue and SOP for the resumption of operations.

In phase two, schools, Colleges, educational/training/coaching institutions will be opened after consultation with respective states and Union Territories. The decision on the re-opening of these institutions will be taken in the month of July based on the feedback of parents and other stakeholders.

According to the latestÂ update from the Ministry of Health andÂ Family Welfare, the number of total coronavirus cases in the country has climbed to 1,73,763, including 86,422 active cases.Â While 4,971Â deaths have been reported overall, around 82,370 people have been cured/discharged/migrated.Â