Upset With Financial Problems Due To Lockdown, 26 Year Old Woman Sets Herself Ablaze 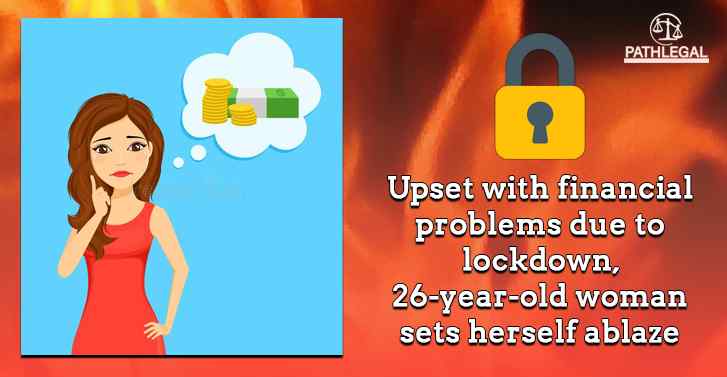 Â A 26-year-old woman allegedly ended her life in Hyderabad's Parigi on Saturday night. The woman allegedly set herself ablaze as she was upset with her family's financial status. The deceased's family was struggling to make both ends meet due to the coronavirus lockdown.Â

The incident took place on Saturday, at the deceased's residence in Parigi. The deceased woman has been identified as Sarala.Â

Sarala was a housewife and her husband is a private car driver. Sarala's husband has been identified as Narasimha. Narasimha and Sarala have two children. Narasimha had not been getting any work due to the coronavirus lockdown.Â

Venkatesh, Parigi SI said that as Narasimha was not getting any work, his family was struggling financially. The family also had to mortgage four tola gold owned by Sarala to clear outstanding loans and to meet other needs.Â

At around 10.30 pm on Saturday, Sarala's family was watching television after dinner. During this time, Sarala went to the washroom, poured kerosene on herself and set herself ablaze.Â

Following this, Sarala ran to the room where the family members were seated as flames engulfed her entire body. The family doused the flames as the housewife screamed in pain,Â The Times of IndiaÂ reported. Meanwhile, the family members also informed the neighbours and the fire tender. Sarala died on the spot as she had suffered severe burns.Â

According to the police, the deceased had not left behind any suicide note. Sarala's family members told the police that financial trouble is the reason that drove her to suicide. The police have registered a case under section 174 of the CrPC, as per the complaint lodged by the family members of the deceased.Â