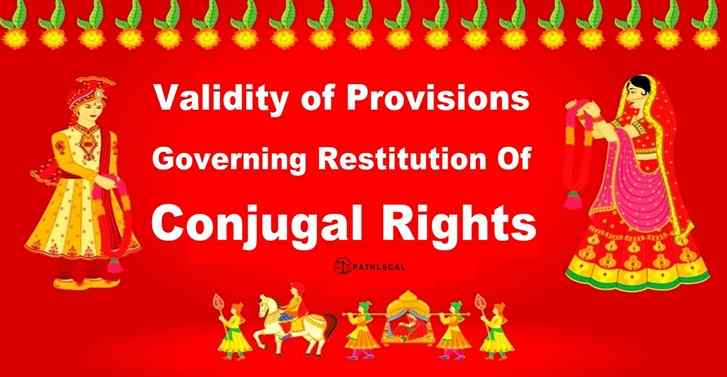 Section 9 of the Hindu marriage act 1955 provides for restitution of conjugal rights. The fundamental purpose of marriage is that the spouses must live together. One spouse is entitled to the society and comfort of the other. If one spouse leaves the other spouse without any just cause or excuses the latter can approach the court praying for a decree for restitution of conjugal rights.

Thus if the husband or the wife deserts his or her spouse, the aggrieved person can file a petition under section 9 of the Hindu marriage act for a decree of restitution of conjugal rights. The person, who has deserted the spouse can defend the petition if there is sufficient cause for his or her withdrawal.

In a decided case Kanthimathi V. S Parameswara Iyer the court held that the claim is an ideal condition. But it is not always feasible and very often impossible. If the husband is not financially well off and has to look after his aged parents the wife cannot insist on a separate house and on that ground, she cannot desert her husband. The court ordered restitution of conjugal rights. The fact of the case was the wife deserted her husband with whom his age-old parents were living. The husband filed a petition for conjugal rights. She contended that she is ready and willing to live with her husband only if the husband is prepared to arrange a separate house for them alone. Divorce lawyers in India handle such kind of matters.

The restitution conjugal rights are part of the personal laws of the individual thus followed by religion, customs, and tradition. The important factor of this right is preserving the sacrament of marriage. When a person is separated emotionally from another, then it becomes really difficult to unite them. Thus, restitution of conjugal rights is such a matrimonial remedy, which will reconciliation between the parties to save the marriage or maintenance of matrimonial but it cannot guarantee its effectiveness.