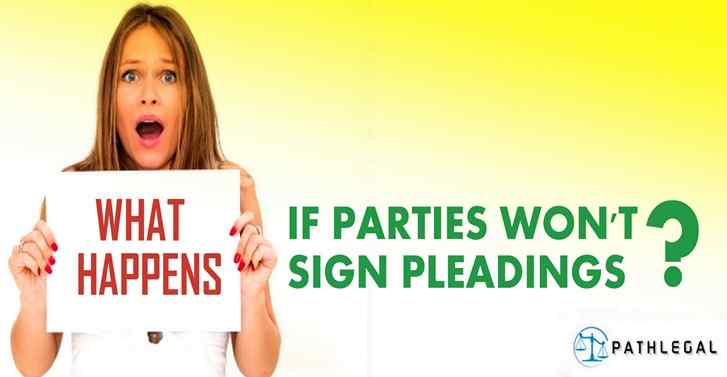 In law, as rehearsed in nations that pursue the English models, arguing is a formal composed explanation of a gathering's cases or resistances to another gathering's cases in a common activity. The gatherings' pleadings for a situation characterize the issues to be arbitrated in the activity. PleadingsÂ are notÂ evidenceÂ and are not generally included as trial exhibits.

The major rules of pleadings are as follows;

Facts are to be stated in pleadings, not a law.

Each of the facts must be stated with precise and certainty

It is the facts on which pleading partly relies upon on that must be stated and not to the evidence which should be proved.

The person verifying the pleading shall also furnish an affidavit in support of his pleadings. Normally the one who signs the plaint or written statement has to verify the same. But where there is more than one plaintiff, it is sufficient if any of them verifies the plaint on behalf of others. The normal version of verification as is now in practice is as under:
I do hereby declare that the facts stated above are true to the best of my knowledge, belief, and information. TheÂ pleadings in suits are very much drafted by theÂ civil lawyers in India.

In Mr.K.Santhanam vs. Mr.P.Chinniah on 2 December 2010 high court of madras held that Order VI, Rule 14 requires every pleading to be signed by the party and his pleader, if any. The proviso to Order VI, Rule 14, which stands independently on its own footing, apart from Order III, Rule 2, enables any person duly authorised by a party to sign the pleading. The Rule and the proviso read as follows:

Pleading to be signed: Every pleading shall be signed by the party and his pleader (if any) :Provided that where a party pleading is, by reason of absence or for other good cause, unable to sign the pleading, it may be signed by any person duly authorised by him to sign the same or to sue or defend on his behalf."

An analogous provision is to be found in Order VI, Rule 14, CPC, which requires that every pleading shall be signed by the party and his pleader if any. Here again, it has always been recognised that if a plaint is not signed by the plaintiff or his duly authorised agent due to any bona fide error, the defect can be permitted to be rectified either by the Trial Court at any time before judgment, or even by the Appellate Court by permitting appropriate amendment, when such defect comes to its notice during hearing."