What Is Meant By Void And Voidable Agreement? 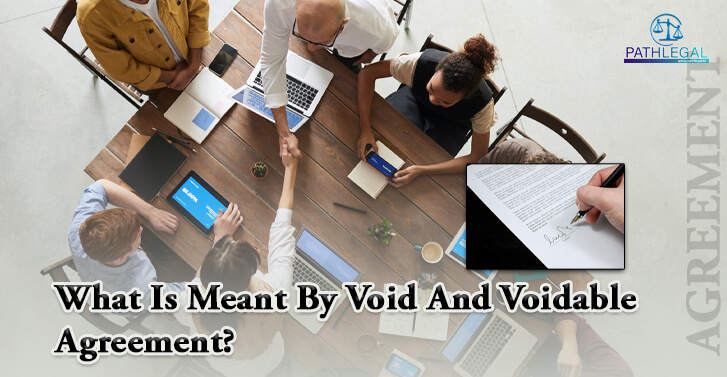 As per the Indian Contract Act, an agreement is :

(e) Every promise and every set of promises, forming the consideration for each other, is an agreement;â

Also, free consent of the parties to the agreement is as important as above. Agreements are in both written form as well as oral.

What Is A Void Agreement?

(g) An agreement not enforceable by law is said to be void;â

What Is A Voidable Agreement?

Voidable contract as per the Act :

Voidable agreements are those agreements that are made without free consent, due to any undue influence on any party to the agreement. Also, when a party prevents the other party from fulfilling or performing as per the promise or when a party fails to perform at the specified time period, then the contract becomes voidable.

A voidable contract becomes invalid due to any specific lawful reasons and when one of the parties to a contract does not consider it valid. This contract exists and is valid until it is considered invalid by one of the contracting parties.

â5. Section 24, Contract Act, enacts a similar rule. It lays down that if any part of a single consideration for one or more objects, or any one or any part of any one of the several considerations for a single object is unlawful, the agreement is void. In Mulla and Pollock's Commentary on the Indian Contract Act it is said that it is well settled that if several distinct promises are made for one and the same lawful consideration, and one or more of them be such as the law will not enforce, that will not of itself prevent the rest from being enforced.â Lawyers in India can provide further details in this matter.