What is Bitcoin and Is it Legal? 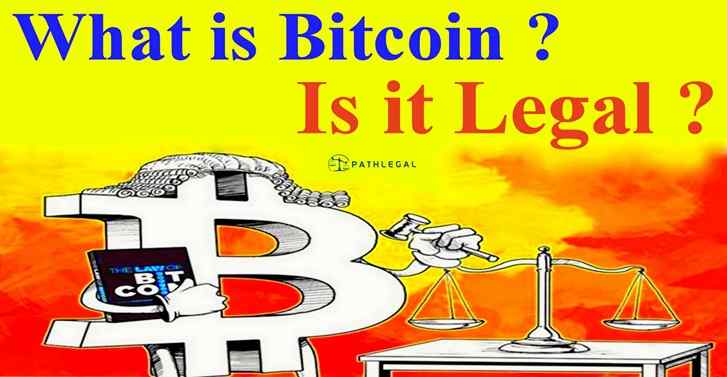 Bitcoin, often described as a cryptocurrency, a virtual currency or a digital currency - isÂ  a type of money that is completely virtual.Â EachÂ BitcoinÂ is basically a computer file which is stored in a 'digital wallet' app on a smartphone or computer. People can sendÂ  Â BitcoinsÂ (or part of one) to your digital wallet, and you can sendÂ BitcoinsÂ to otherÂ  people. Every single transaction is recorded in a public list called the blockchain.

It's like an online version of cash. You can use it to buy products and services, but not many shops accept Bitcoin yet and some countries have banned it altogether. The physical Bitcoins you see in photos are a novelty. They would be worthless without the private codes printed inside them.

How does Bitcoin work?

This makes it possible to trace the history of Bitcoins to stop people from spending coins they do not own, making copies or undo-ing transactions.Â

How do people get Bitcoins?

There are three main ways people get Bitcoins.

How are new Bitcoins created?

In order for the Bitcoin system to work, people can make their computer process transactions for everybody. The computers are made to work out incredibly difficult sums. Occasionally they are rewarded with a Bitcoin for the owner to keep.

People set up powerful computers just to try and get Bitcoins. This is called mining. But the sums are becoming more and more difficult to stop too many Bitcoins being generated. If you started mining now it could be years before you got a single Bitcoin.

You could end up spending more money on electricity for your computer than the Bitcoin would be worth.

Why are Bitcoins valuable?

There are lots of things other than money which we consider valuable like gold and diamonds. The Aztecs used cocoa beans as money! Bitcoins are valuable because people are willing to exchange them for real goods and services, and even cash.

Why do people want Bitcoins?

Some people like the fact that Bitcoin is not controlled by the government or banks. People can also spend their Bitcoins fairly anonymously. Although all transactions are recorded, nobody would know which 'account number' was yours unless you told them.

Every transaction is recorded publicly so it's very difficult to copy Bitcoins, make fake ones or spend ones you don't own.

The value of Bitcoins has gone up and down over the years since it was created in 2009 and some people don't think it's safe to turn your 'real' money into Bitcoins.

What are Miners doing and how it effects Bitcoinâs price.

We all have been looking at the Bitcoin prices during the last one year and it has been very stable compared to what it had done in 2017.

We all end up seeing technical analysis of the Bitcoin price movement but what is the fundamental aspect behind Bitcoin which effects in its price and the way the network functions?

Currently there are approximately 18.2 million Bitcoins already in circulation, the remaining will be born by the year 2140.

Satoshi NakamotoÂ must be a genius as he created a fundamental program which would affect the supply and demand of Bitcoin and encourage the miners to keep mining Bitcoin.

The Bitcoin blockchain works actually on time, hence we can predict that when the last Bitcoin will be mined in 2140.

As the miner is deploying his hardware, rent, electricity and other resources to keep the network alive, an award is given to him, it is a source of income which is granted in terms of newly generated Bitcoins which come into circulation. Point to note is that only the First miner (the fastest miner) gets the reward and not the others.

Hence the supply is predictable and limited in nature whereas the demand will keep growing as more and more users start using Bitcoin.

Whenever the halving takes place, we all observe a hype the price of Bitcoin due to the drop in supply of the new generated Bitcoins through the miners. Letâs understand this with an example;

Assuming the price of Bitcoin is 1000 dollars and suppose one miner is deploying $10,000 worth of energy to mine 1 Block in return he gets 12.5, he gets 2500 USD as profit, but when the block reward halves and becomes 6.25 he will not get the profit of 2500, but a loss of 3750. Hence the miner community will tend either stop mining or hold on to the new mined coins (6.25 per block) with a hope that the prices increase. In both cases, there is a drop in supply of Bitcoins. When we see this in action, the price slowly moves up keeping in mind the Demand Supply theory of Economics.

If it does not happen the miners will stop mining and the difficulty level of the network will come down making the cost of mining one block also reduced to a level where mining remains to be profitable. But the moment it becomes profitable new miners will switch on their machines again maintaining a balance in competition on the network.

In 2012, after the block having the price of the Bitcoin went up to 1000 US dollars from 11 US dollars which was on the date of block having. Similarly in 2016 June the price of Bitcoin was around $600 which continued to go up to 19500 US dollars in January 2018. Hence what we are hoping is that following this block reward halving in 2020, we will see a steady rise in the prices of Bitcoin, fundamentally, not based on technical analysis.

On a macro level we observe that mining block reward affects the price of Bitcoin in the long run as the supply is suddenly reduced by 50% and the demand continues to grow.

Currently there are thousands of miners across the globe mining Bitcoin with capital intensive infrastructures especially in colder countries like Iceland and Northern China.

Hence it wonât be a wise decision for them to shut down their machines because of the block halving but hold on to their newly mind Bitcoins and hope for the best to get the prices reach a profitable level once again.

What will happen after the year 2140? Will Bitcoins block mining stop?

No. Bitcoins wonât stop. There will be an active and competitive market where miners participate and validate new transactions. The only difference behind this is that the block mining reward coins will switch to a transaction fee based on the number of transactions. There would be no more new reward coins.

The transaction fees today, is representing a few hundred dollars per block, can potentially rise to many thousands of dollars or more per block, as the number of transactions on the blockchain grows along with a price rise in bitcoin.

Is Cryptocurrency Banned in India?

The Reserve Bank of India (RBI) has confirmed thatÂ cryptocurrencyÂ is notÂ bannedÂ in India. During the latest supreme court hearing of the crypto case, the central bank's reply to the Internet and Mobile Association of India was read out in detail.

CryptocurrencyÂ exchanges: Effectively illegal â regulations being considered.Â CryptocurrenciesÂ are not legal tender inÂ India, and while exchanges are legal, the government has made it very difficult for them to operate.

Every few months, we hear that bitcoin has been banned by some country or the other. As early as 2013, bitcoin was "banned" by Thailand. In 2017, it was big news when China banned bitcoin and the latest news carries a ban by the Indian Reserve Bank.

The problem is this news is grossly misleading because it is simply not possible to ban bitcoin, or any crypto currency for that matter.

Bitcoinâs price last year was hovering around $1,000 mark whereas right now, it is in the $9,000 range. This is in spite of the all the bans. This does not fit into any market logic. But that is the beauty of crypto currencies. They do not fit into traditional regulatory or banking framework. A different outlook is needed to understand how they work and why they were created in the first place.

What has RBI done?

So, what is this ban? If you read the RBI circular, they have never used the words "ban" pertaining to bitcoins. It has only prevented any organisation regulated by the central bank to deal with businesses that have anything to do with crypto currencies. Practically, this means banks will have to stop deposits and withdrawals to and from Indian rupee on crypto currency exchanges. This news spread widely and was seen as a âban on bitcoinâ.

Other countries like China and the US have already tried banning exchanges, ICOs and mining of crypto currencies. Although those events in 2017 caused the price of bitcoin to fall temporarily, it went on to peak at $19,783 on December 17.

Since most of the trading happens on international exchanges, banning Indian bourses will only make Indians buy crypto currencies from foreign sources or OTC (over the counter) options because it is simply noÂ t possible to track buying, trading or selling of crypto currencies.

Bans in other countries like Japan have also resulted in exchanges moving base to countries with friendlier macro environments like Malta and Estonia.

Nearly 438 bitcoins worth over Rs 20 crore were stolen from a top exchange firm in India in what is being billed as the biggest cryptocurrency theft in the country so far.

Coin secure, the Delhi-based cryptocurrency exchange, has filed an FIR with the cyber cell accusing its CSO, Amitabh Saxena, of siphoning off the money from the firm's wallet, ET's Nilesh Christopher reported. The exchange has urged the government to seize Saxena's passport, fearing that he may leave the country.

A case has been registered under IPC sections and Section 66 of the IT Act.

The exchange, which has over two lakh users across the country, found that all the bitcoins that were stored offline had vanished. It was later found that the private keys â the password that is kept by the company and is stored offline â were leaked online, leading to the hack.

The company tried to trace the hackers, but found that all the data logs of the affected wallets had been erased, leaving no trails about where the bitcoins were transferred. The website of the company has since then remained shut.

The key accused in a multicrore cryptocurrency scam, Amit Bhardwaj, has filed a petition with the Supreme Court ((SC) seeking all 12 cases against him to be clubbed and a transfer of the investigation to a government agency in Delhi

Bhardwaj has 12 FIRs registered against him pertaining to Bitcoin scams which amount to a sum of Rs 14.9 crore. The Pune sessions court had rejected his bail petition in August 2018,after which Bharadwaj has been shuttling from one jail to another. Bhardwaj, along with the other accused, owned a company called Variabletech Pte Ltd registered in Singapore.

Its my suggestion, kindly do not trade in any sort of Cryptocurrencies as its finally a Digital Print and has no physical control and may be legally harmful to the investor.