Wife Had 14 Boyfriends, Husband Sends Notice To All, Claims Defamation Of 100 Crores 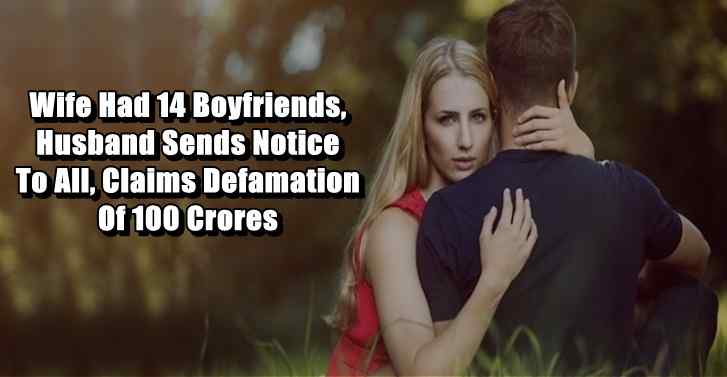 Kolkata, State Bureau.Â Â The husband has claimed defamation of a total of Rs 100 crore by sending legal notice to each of them after finding out that the wife had an illicit relationship with 14 men.Â The shocking case has come to light in Kolkata.Â A businessman husband by profession alleges that due to these men their marital life has collapsed and their reputation in the society has been tarnished.Â The businessman's husband claims that he has collected all the evidence by making his car driver a detective.

They have sent separate legal notices to all 14 people, stating that if rupees are not given in respect of defamation within two weeks of receipt of this notice, action will be taken as per law.Â In the notice, the businessman wrote - 'Recently I came to know that you guys have a physical relationship with my wife and keep in touch with my wife confidentially.

You all know that he is married.Â Many of you also know me as her husband.Â My married life has been destroyed by this illegal activity of you guys.Â I am living in trouble. My reputation in society has also been destroyed.Â All of you will have to give me 100 crore rupees within the next two weeks as a defamation.Â If you do not do this, action will be taken against you in a lawful manner.Â