Difference Between Writ And Petition 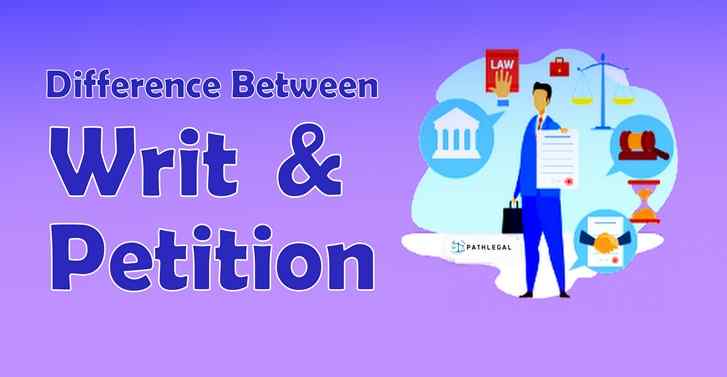 Â âHabeas corpusâ is a Latin word which literally means that âyou may have the bodyâ.The writ is issued to produce the person who has been in personal custody or in prison before the court and release the person if the custody is found illegal.

It is an order from the High Court or Supreme Court to a lower court or tribunal or public authority to perform a public or statutory duty.

Simply, it is a writ issued to a public official to do a thing which is a part of his official duty, but, which he had failed to do so. Â

Writ of prohibition is nugatory in nature.It will assist the subordinate to stop doing action the law prevent

The writ of certiorari means âto be informed of what is going onâ.It can demand from the Lower Court to give the record of a particular case to the High Court only after the decision is made by the Lower Court.

It provides a basic outline of the case. Its main purpose is sending the defendant with the notice of the formal request which is signed by many people appealing to an authority with respect to a particular cause.in other words, it is a formal application made to a court in as a request action on a particular case.Â Â

DIFFERENCE BETWEEN WRIT AND PETITION

Â The major difference between these two is that writ is a Â constitutional remedy for all people under act 226. It is raised by a legal authority. But the petition is a form of writ raised by the people in the form of a request to a legal authority demanding an action to be taken about a particular cause. Writ and petitions are mainly used by the lawyers in India.Â  Â  Â