ZERO FIR:A Measure Of Speedy Justice For Everyone 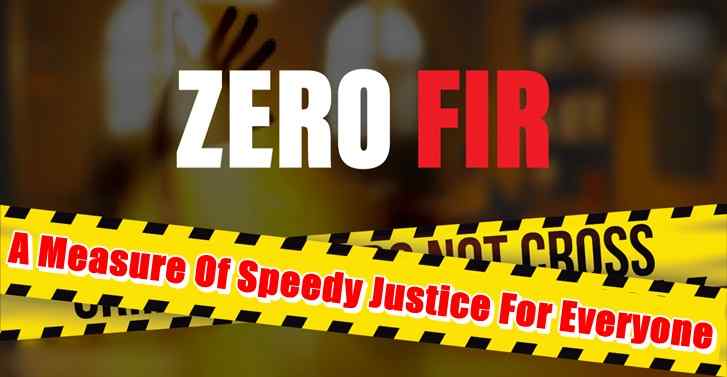 The offences in which the police officer can arrest without a warrant.Â  For eg: Murder, Rape, TheftÂ

These are defined under section2( l)Â  in which the police officer without any warrant has no authority to arrest. These are less serious in nature.
For eg: Assault, cheating, forgery, defamationÂ

As per section 154 CRPC, every police officer is bound to register the FIRST INFORMATION REPORT of any cognizable offence committed, irrespective of the jurisdiction in which the offence was committed. This concept can be better understood by a concept in the PINK movie in which the police officer denied registering the complaint of the victim in case of molestation because it not under the jurisdiction area of that police station. So here came the role of zero FIR, irrespective of the jurisdiction in which the crime happened, an FIRÂ  can be registered and later transferred to the concerned police station.Â

The concept of Zero FIR helps the police to take speedy action and also it prevents the evidence from being lost. In cognizable offence cases, the criminal could escape or the evidence can be manipulated. So this concept plays a very important role here to provide speedy justice to everyone. The thought behind introducing zero FIR is that the complaint could be registered in case of a serious offence, so that the process of investigation can start.Â  It is important to note that after the registration of FIR, one copy of FIR should be with the victim.Â  Zero FIR is registered in the same way in the way by which the normal FIR is registered. The concept of zero FIR prevents delayed justice and led our society to a more progressive world !!